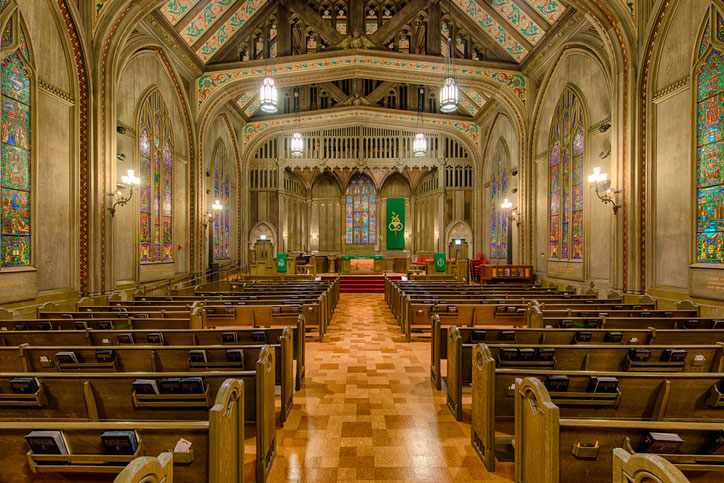 A Complete Guide to Methodist Universities

Methodism was founded around the same time as the United States, and the faith and practices found fertile soil in the new country. By the 19th Century, the Methodist church was the largest in the United States. Various Methodist denominations even today remain in the top 10 churches in America by number of worshippers. That long history and continuing presence has led to Methodism having a significant influence on higher education in America today.

It’s been a tenet of the Methodist faith that its strength in education is part of its leadership and staying power.

“…the educational institutions of a church determine that denomination’s strength of leadership, its theological direction and stability, as well as its lengthened shadow of influence over succeeding generations of people.”

That the faith continues to be a strong part of American Christian life even today shows the power and worth of a Methodist university education. And whether you are interested in a Christian degree as a path to church leadership and ordination, or have been called to a secular career that requires a college education, a Methodist university is an excellent option for Christians of any faith.

The Faith of Methodists Rests on Education and Righteous Works

The Methodist Movement originated with the teachings of John Wesley and his brother Charles in one of the first evangelical movements in 18th Century England. Undergoing an intensely personal calling, the Wesleys began to preach salvation through faith.

Wesleyan theology, as their ideas came to be known, focused more on personal faith and religious experience than on church doctrine or liturgy. Being born again, experiencing a renewal of faith through acceptance of the Holy Spirit, is one of the central aspects of Methodist worship.

Like many other Church reformers, the Wesleys at first attempted to bring their thoughts and practices within the fold of the Church of England. But Anglican clergy were unreceptive.

The pressure valve for religious liberty in British society at the time led to one place: America.

Methodist worshipers and clergy came to American shores in the 1700s and thrived.

Methodism is founded in the beliefs that:

It’s that last principle that gives Methodism its name: a rigorous life of regular prayer, sobriety in dress and speech, and modest behavior exemplified inner spirituality. Methodical standards were required for works of grace. A life of sinless perfection was rooted in personal holiness and obedience to God’s Word.

Methodist Churches and Universities Grew Together in the United States

Methodism spread across the United States through phenomena known as Awakenings. Great revivals swept the colonies and the nation, bringing evangelical preaching to great crowds and reviving the Holy Spirit in large numbers of individuals. Awakenings were not confined to efforts by Methodist preachers. But the confessional element of Methodism and its emphasis on being born again appealed to new converts.

Methodist preachers also tapped into new audiences for faith. Focusing on groups that had been neglected or rejected by Anglican ministries, they also freely welcomed African-American congregants to their revivals, both free and still enslaved. The spiritual equality of the religion put the church in alignment with the Union during the Civil War. 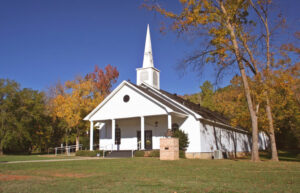 In the wake of the great conflict, Methodism found its footing in education. In addition to forming Methodist churches for newly freed slaves, the church established the Freedmen’s Aid Society to create an educational system to support them.

Many of the great Methodist universities that are still found in the United States today date their foundations to that era. And they maintain the commitment to both social service and education that has been the hallmark of the religion since it was founded by John Wesley, an Oxford graduate whose name remains forever attached to some of the finest universities in the country today.

A Philosophy of Study Meant Early Investments in Methodist Universities

The Wesleyan philosophy included social reform together with spiritual well-being. That is the source of Methodism’s natural and ongoing connection to study and education. John Wesley himself opened a school for the children of coal miners near Bristol, and his goal was to develop students such that they could advance to renowned institutions like Cambridge or Harvard.

That perspective came to American shores with his followers and resulted in the founding of Cokesbury College in Maryland in 1787.

Cokesbury College, the first Methodist university in the United States, also had the distinction of being founded by the men sent by John Wesley to establish the church, Thomas Coke and Francis Asbury.

Social service and education were hallmarks of Methodist communities… and remain so today.

Today, the United Methodist Church alone supports 117 schools, colleges, and universities in the United States. They offer Christian degrees at every level of education, but also a wide range of studies in secular fields, everything from medicine to accounting.

By maintaining strong ties with their respective denominations as well as developing comprehensive departments and courses of study in more secular subjects, each of these schools has taken the inspiration delivered from John Wesley and turned it into a powerful advantage for today’s Christian students.

Each Methodist university has its own reputation and strengths. Some are widely known as research institutions with strong connections to government and the international community. Others are liberal arts colleges in the traditional mold, with low student-to-faculty ratios and thought-provoking coursework.

But each of them also comes with that core of Methodist values, giving students extensive opportunities for growth and service. These come through programs such as:

Each campus also hosts sacred spaces for prayer and contemplation and may host centers for religious research and studies along with institutes that cater to specific areas of interest, including everything from civic leadership to music studies.

I look upon the whole world as my parish.

And every school offers something unique for students of faith. You’ll find study abroad programs that would make John Wesley proud, offering students the opportunity to spread the Word of God and learn first-hand about other cultures and concepts. Some offer living and learning residency programs that put students from the same residence halls together into religious courses, while also offering safe spaces for discussing spirituality and faith in fellowship.

Choosing a Methodist College as Your Path to the Ministry 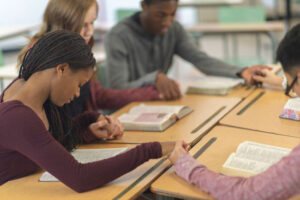 For students pursuing Christian degrees as part of their calling to the ministry, Methodist schools offer even more advantages. By pursuing undergraduate degrees in theology, religious studies, or worship arts at a school that belongs to your denomination, you will ensure that you are getting the right kind of doctrinal education to prepare for a Master of Divinity or similar graduate program at an approved Methodist seminary should you choose to pursue graduate studies on your path to a role in Christian leadership. 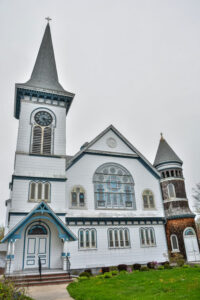 Some Methodist denominations may allow pastors involved with only a single congregation to go through a more limited type of training versus undergoing the full ordination requirements as an itinerant minister.

Methodist ministers have unique challenges in leading congregations in that they are expected to follow both standard liturgical ritual from the The Methodist Worship Book, while also engaging in more free-form preaching. The degree to which one or the other is emphasized can vary from one Methodist denomination to another. But all properly prepared Methodist pastors continue to need close familiarity with both the Worship Book and the Hymnal.

Christian degrees fold those key academic studies together with spiritual development to ensure you are fully prepared for your role as a resource to your congregation.

Going back to John Wesley himself, Methodism holds that the power to ordain priests does not lie solely with bishops, but with other priests of the faith. In most denominations, this means that ordination standards are set by boards at the national level. In most cases, requirements include:

A calling doesn’t amount to just checking boxes on an application, however. Your path through a Christian education will open up your understanding of Christ and your relationship with God in ways that are necessary to become an effective minister.

Continuing the Ordination Process To Find Your Place in Service 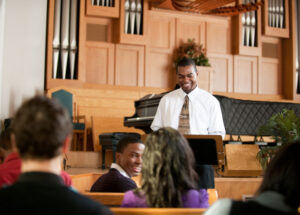 The ordination process for Methodist clergy varies from denomination to denomination, but in general it follows a fairly orderly path.

The first step on that path is to discuss your calling with a pastor in your congregation or in the district leadership. You’ll be asked to talk about your faith and describe your calling, and typically will be assigned a mentor to continue your development. This may occur before, during, or after you earn the Master of Divinity or similar graduate degree as required.

Some denominations have a more extensive period of development within congregations, such as the African Methodist Episcopal Church, where candidates are evaluated while preaching to their local congregation and are only then referred to the District Conference. This generally occurs before any formal divinity studies, but can come after earning an undergraduate Christian degree.

Both a formal examination and interviews by candidate committees or boards must be passed. In keeping with Wesleyan tradition, candidates are voted on by fellow clergy rather than being elected solely by bishops.

That stamp of approval, by others who have undergone the same education and followed their faith in the same ways, is the ultimate approval. But your effectiveness as a Methodist pastor will be settled by the solid education in the faith that a Wesleyan college delivers.