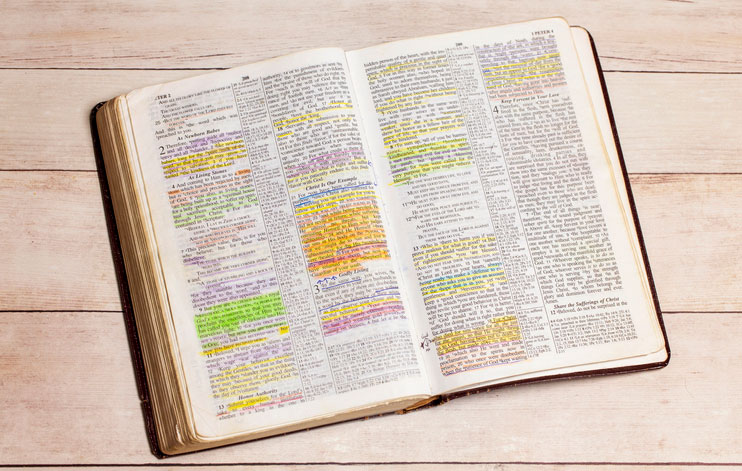 The Biblical apocrypha are writings that were once received by the early Christian church as Scriptural canon, but which are no longer included in all modern Bibles. Not all denominations agree over which historical works should be considered apocryphal, which means different versions of the Bible are accepted in different churches today.

We know that the text of the Bible was delivered by divine inspiration directly to the prophets who recorded the Word of God and the life of Christ for future Christians. But the process of figuring out which historical books are divine and which are not has absorbed a lot of clerical energy over the millennia.

Hard choices have been made over the years about which books go into Bibles printed today. Those choices have shifted depending on research and new interpretations and translations of Scripture. There are hundreds of works dating back to before Christ that claim to offer religious wisdom and insight—but not all of these works have ended up in the Christian Bible.

Not every Christian Bible includes all the same texts. If you pick up a standard Protestant Bible in the United States today, you’ll find 66 books. A Catholic Bible, however, will have 73.

Even books that make it into the Bible may not be entirely accepted as Scripture. Some Protestant Bibles include an additional 14 books inserted between the Old and New Testaments, bringing them to a total of 80 books. Those extra 14 works, however, are not considered equal to the rest.

These are examples of apocrypha. The sources of those books have not been deemed specifically inspired by God, at least by Protestant authorities. But they still have some importance in instructional or historical understanding of Christ and God’s message.

Debates about the authenticity of Scripture have gone on since the earliest days of Christianity. For hundreds of years after the birth and death of Christ, various prophets and historians wrote out, or copied, His story and those of the apostles. But not every copy was identical, and some were embellished. Others were simply invented.

Sorting out all those works from the distance of thousands of years is a process that has always involved debate.

What is the meaning of apocryphal? In common use, it means “of doubtful authenticity.” We say something is apocryphal if it’s not backed up by evidence or the source is uncertain. In Biblical terms, however, the apocrypha are not necessarily of doubtful authenticity, but simply not thought to be canonical. In other words, they may have value in religious learning and guidance, but where they differ from canon, they may be disregarded.

The apocrypha are not defined consistently between different denominations. Some denominations reject certain books that other denominations consider to be canonical. These books are called deuterocanonical.

Other works in the apocrypha are classified as pseudepigrapha, or works that may be inauthentic or attributed to the wrong author.

Where Faiths Differ, So Too Do the Definitions of Apocrypha 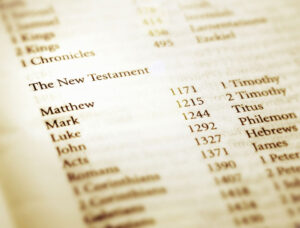 Biblical scholars face a unique challenge in studying apocrypha of the Bible since the Hebrew Bible that is the basis of Judaism is also the Old Testament of Christian Biblical canon.

Because the two religions diverge, so do their definitions of what canon should be followed. There is a separate set of Hebrew Biblical apocrypha. Some works considered non-canonical in the Jewish faith are considered sacred by some Christian denominations. Other texts are combined in the Tanakh, or Hebrew bible, that are regarded as separate books in Christian Bibles.

Christians have two separate sets of apocrypha, then, one for the Old Testament and one for the New Testament—each of which may be different between denominations.

Martin Luther set the standard for how to handle these deuterocanonical books by including them in his Biblical translation, but placing them in a separate section, titled “Apocrypha: These Books Are Not Held Equal to the Scriptures, but Are Useful and Good to Read.”

That continues to be the approach that many Protestant Bibles take to include those works but separate them from the divinely inspired contents of the Word itself.

Many other works exist that are not accepted by any existing Christian denomination. Yet at one point, those were included in Christian canon. For the New Testament, general agreement about what books were canonical wasn’t reached until around the 5th Century.

Determining Which Works Are in The Apocrypha

With no single standard, the apocrypha can be hard to pin down. In fact, some written works of the apocrypha have been lost to history. Scholars know they existed because of other manuscripts that reference them. But the originals can no longer be found.

Questions Surround the Book of Daniel

Studies of Scripture aren’t just limited to medieval scholars working in the distant past. Modern science and archaeology contribute to valuable scholarship in Bible studies even today.

The Book of Daniel, for instance, is now believed not to have been written by the prophet Daniel, and likely was authored some years after its prophecies were said to have been made.

Just as several chapters of Daniel are now disregarded by all but a few denominations, the entire book may be scrutinized by some future church.

With hundreds of historical works and thousands and thousands of references to be checked, Biblical scholars continue to investigate works in the apocrypha. They try to determine the history of each piece and the authorship. With new insights may come new opinions about what texts are, or are not, divinely inspired.

Degrees in Biblical studies or Christian theology may even specialize in investigations of the apocrypha. Almost all Christian degrees will cover at least the basics of how apocryphal texts are determined and how they are treated in specific denominations.