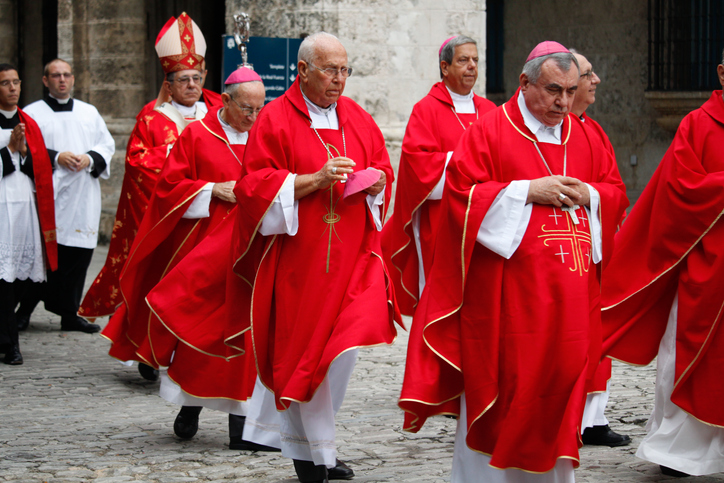 A bishop is a high-ranking member of the clergy in the church organization of many Christian denominations. Bishops are commonly a category of leadership ranking above pastors, in charge of a diocese or other administrative group of local churches. Not all denominations include the role of bishop, while others use the term elder to describe similar roles.

The title of bishop has been part of Christian churches since at least the Third Century. The role is outlined in the Bible by the Apostle Paul, although bishops as they exist today were not a part of the early church.

But now most denominations have a number of bishops in their ranks. Large denominations rely on them for leadership, coordination, and spiritual guidance. They may also hold important roles in civic society, acting as the point of contact between secular authorities and the church. They often exercise moral authority that goes far beyond their own church, acting as leaders and beacons in local communities, or even countries.

Tradition holds that bishops belong to the apostolic succession, tracing their appointment directly back to the original Twelve Apostles.

But even bishops that don’t regularly appear on the nightly news for their civic contributions are important to the function of the church.

Bishops exist in the church hierarchy above the level of pastors and priests. They provide administrative supervision, theological guidance, and moral foundations for the many local churches under their oversight.

What is the Role of a Bishop in a Church? 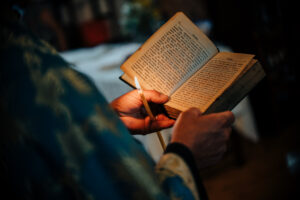 Most bishops do not work in a particular physical church. Instead, they serve the church as an organization. In some cases, they have direct supervision and some level of control over local parishes. In other denominations, they may have a more general supervisory role to play, without strict hierarchies.

Bishops are fairly common in many Christian denominations, but many practicing Christians don’t see very much of them.

Bishops perform most of their work as supervisors and managers. In some denominations, bishops have an important liturgical role to play, overseeing ceremonies such as ordination and consecration. They may preside at services of confirmation, reception, or reaffirmation. And chances are that the altar and fonts, chalices and bells, at each local church have been blessed by a bishop of that faith.

These are services that are often performed without the attendance of the congregation at large. But the bishop has important theological and supervisory roles to play in most major Christian denominations.

Bishop is a translation of the Greek word episkapos, or “overseer”. But the word may also be translated as elder or pastor.

In some Christian traditions, the bishopric is set aside in favor of church elders. Although the names may not seem very close, they come from the same Biblical roots and often serve in similar functions.

What is the Role of a Bishop in the Bible?

This is a true saying, If a man desire the office of a bishop, he desireth a good work.

The earliest organization of Christian churches had very little hierarchy. The two leadership roles mentioned in the bible were presbyters and episkapos. The terms were sometimes used interchangeably. Churches were often led by a council of such elders or overseers, rather than a single individual holding that responsibility as they do today.

Paul defines the qualifications for bishops in 1 Timothy 3:

Such qualifications have been common among all kinds of Christian leaders, of course. As the reach of different denominations began to expand, however, more and more roles were defined to provide leadership and connection between regional congregations.

In many denominations, bishop describes a category of leader rather than a specific position. For example, in the Catholic church, the Pope is actually the current Bishop of Rome. Other roles within the bishopric may hold titles like:

There are also many different types of bishops in some faiths, with titles like:

The specific liturgical and administrative roles these different bishops fill can be very detailed. It’s a job with a deep historical background and a lot of tradition behind it.

Bishop of Rome, The Sovereign Prince of Vatican City 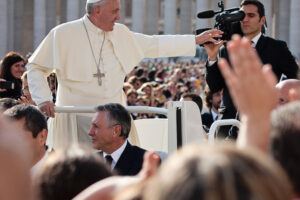 Where bishops originally served a single congregation, they eventually became responsible for several churches in a specific region. They began to appoint deacons and priests for new churches or to find replacements for those in existing parishes. In time, the organization of the church began to resemble secular political geography. As Christian culture became a more mainstream part of public life, bishops took on many public-facing roles:

In some cases, bishops themselves became important secular authorities, holding political office alongside their religious offices. Even today, the Bishop of Rome is also the sovereign Prince of Vatican City, a state in itself since 1929. Many of the administrative official of the Vatican are also bishops.

What is the Difference Between a Bishop and a Pastor?

In denominations that anoint bishops today, the role is held by ordained members of the clergy. In almost all cases, these are promoted or elected from within the ranks of serving pastors.

There is no universal understanding of the role of bishops. However, in most cases they hold positions of higher authority within the church.

Some denominations use the word bishop interchangeably with pastor to describe a leader of a local parish or congregation.

Bishops hold a special role in the ordination process. In many denominations, only bishops are allowed to ordain people to the ministry. This authority is traced back to their apostolic roots, with the 12 Apostles originally delegating the church leadership.

What is a Bishop’s Hat Called? 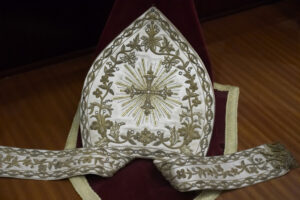 Although ceremonial dress varies considerably from denomination to denomination, the style of hat called the mitre is one of the traditional symbols of a bishop’s office.

But in other traditions, no standard dress is expected of bishops beyond the standards for any clergy.

Some denominations elect bishops. They may hold the office for life or for a set term. It’s most common for bishops to be elected by the existing council of bishops, but in some cases, they may be generally elected by congregations.

In almost all cases, bishops are only elevated to the rank after becoming ordained. They may undergo a separate type of ordination ceremony when selected to become a bishop. But in keeping with Paul’s requirement that they be experienced in service; most denominations only consider candidates who have served with distinction as pastors or ministers previously.

Regardless of how they are elevated to the role, or the specific duties they hold, bishops are a core part of most Christian churches. With high moral, spiritual, and Scriptural knowledge standards, it’s unusual to find a bishop in any tradition who does not have an advanced degree in Christian ministry or divinity.