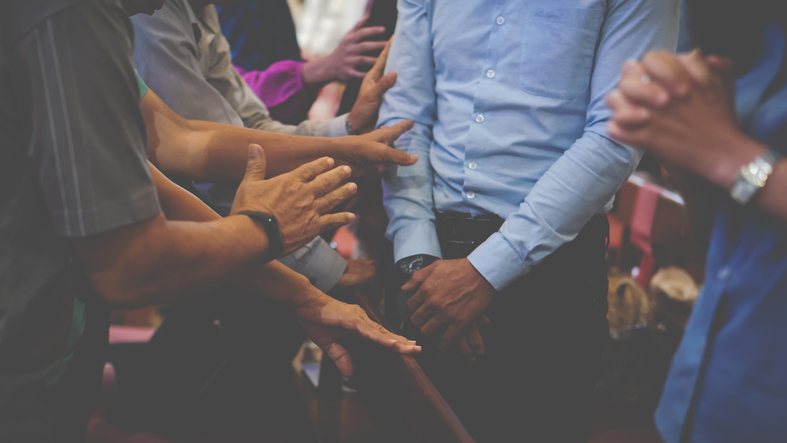 A Charismatic church is one that embraces the powers of the Holy Spirit. Zeal captures the congregation: hands are raised in celebration, those imbued with the Holy Spirit speak in tongues, and – depending on where you worship – pastors perform miracles through the power of God. What sort of miracles? Everything between healing ailing worshippers to speaking a prophecy.

Such worship is what you can expect to find in a charismatic church, but it’s not reflective of the entire charismatic movement. Other congregations may simply take a more enthusiastic approach to worshipping God. Members are expressive, pastors deliver emotional sermons, and élan permeates throughout the service.

In truth, it’s hard to define the charismatic movement. For some, it’s simply an enthusiastic embrace of the Holy Spirit’s power; it’s a visceral feeling one can only find through God. For others, it’s a practice in which one can witness miracles on a routine basis.

The Origins of the Charismatic Church

Pentecostalism and the Charismatic movement have a lot in common. The basic tenant of Pentecostalism is that the Holy Spirit – God’s presence – in the body is a powerful experience, one that warrants a physical expression of this possession.

In the Charismatic movement, this possession manifests itself through a baptism with the Holy Spirit. Instead of being submerged in a river to emerge a new, revitalized follower of Christ, the preacher places his hand on the worshipper, inviting God’s presence into the person’s body and soul.

The Case of Agnes Ozman 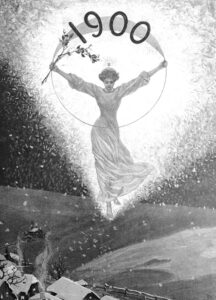 One of the more famous examples of his possession in action is the story of Agnes Ozman. She was a student of Charles Parham’s Bethel Bible School in Topeka, Kansas at the start of the 20th century. There she learned about holiness, the concept of a believer being sanctified through the Holy Spirit – completely devoid of sin.

Through their study of the New Testament, the Bethel Bible School students concluded that speaking in tongues was synonymous with the Holy Spirit’s presence in an individual. To experience this miracle, Parham and his students planned to pray for the Holy Spirit on New Year’s Eve, 1900.

On January 1st, 1901, Ozman asked Parham to lay his hands on her and pray that she may be filled with the Holy Spirit. According to the other Bethel students, his prayer was answered. Agnes began speaking Chinese. For three days after the fact, students claimed Agnes could only write in Chinese characters.

Ozman’s miraculous multi-lingual experience is thought to be the seed from which the Charismatic movement sprung. Many see it as a direct manifestation of the spiritual gifts described in 1 Corinthians 12:4-11.

So, where do you find these Charismatic churches? What can you expect upon entering?

What You’ll Find in a Charismatic Church

Communal prayer: Common in all types of congregations, this communal prayer may be centered on manifesting a miracle of some sort. It may be to strengthen a pastor’s ability to endow a follower with the Holy Spirit.

General enthusiasm: Leave all inhibitions at the door. A church with charismatic influence encourages attendees to express themselves however they please. Shout at the top of your lungs. Raise your hands to the heavens. Run up and down the aisles (we’re not kidding).

Baptism through the Holy Spirit: Watch a follower of Christ experience His Holy Spirit. The pastor will place their hands on the worshipper, asking God to fill the body with His presence.

Let’s discuss the last point a bit more. The baptism you witness may be nothing out of the ordinary. The person receiving the baptism of the Holy Spirit may reach a point of ecstasy – smiling as they accept the Lord into their hearts.

Other experiences may go far beyond what you’d see in your run-of-the-mill congregation. Hear a language you don’t recognize? The worshipper is speaking in tongues. Some may claim that whatever ailments they’ve been experiencing have been washed away by Jesus’s love.

How Large is the Charismatic Movement? 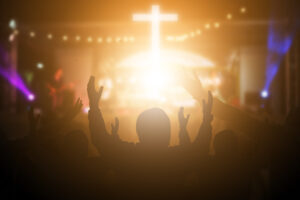 Bigger than some would think. Pew Forum analyzed estimates from the Center for the Study of Global Christianity. The researchers estimate that there are approximately 304.9 million charismatic Christians across the Globe. Let’s break down those numbers:

Given that there’s around 147 million charismatic Christians throughout the U.S., there’s a chance you’ll be able to find a church that can speak to your expressive nature. If you want to let yourself go with the utmost enthusiasm, this is the environment you’ve been looking for.