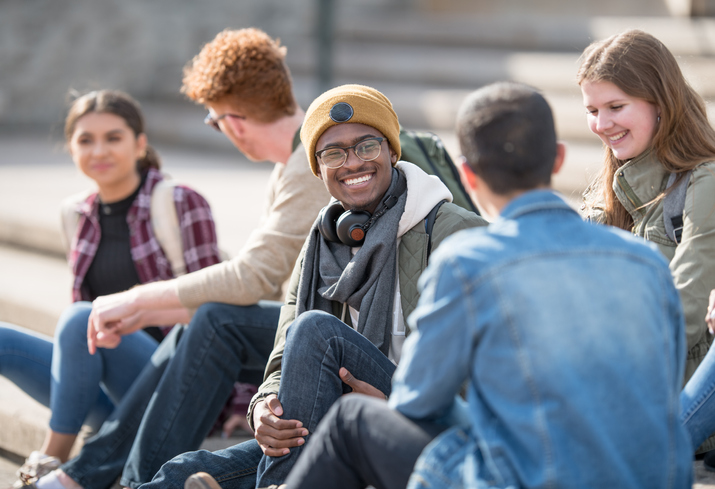 Humans were made for community, to live in relationships, and to find joy and purpose and identity in the presence of others. No man or woman is an island unto themselves.

Yet, according to The Conversation, the 21st century is “the age of living single.” Not the age of community.

A hundred years ago, the average American was tying the knot between 21 and 24. Now, in a modern age of travel, entertainment, and the pursuit of that ever-elusive career, the average age for marriage is 28 for women and almost 30 for men.

We are also starting families later in life.

These numbers matter, especially for those interested in singles ministry, because getting married and having children are two of the five most common indicators of adulthood. The other three – finishing one’s education, leaving home, and finding work – have maintained their consistency, with the average age of completing college at 26 and the median age of leaving home being 19 years of age, according to the U.S. Bureau of Labor Statistics, which means that singles are often caught somewhere between being an adult and not.

Or, like many people around the globe, they have found themselves unexpectedly without a significant other, trying to discover what it means to once again be single in the world. Which means, they too need a community, of people who care for them, who can come alongside them, and who can support them through prayer, counsel, and understanding.

Whatever the path or reason why, there is a large and growing number of men and women in need of care. Who needs community. Just like Cherry Crayton.

“Our challenges and struggles weren’t all that different,” Cherry writes, remembering a woman’s retreat where she and many married women were able to share about life and struggles, “many of our experiences were similar. Whether single or married, we faced temptations, busyness, the comparison trap, feeling like we’ll never be enough, all kinds of complicated relationships, and others’ expectations. We all had something we were grieving for, longing for, and hungry for.” Whether married or single, they were all doing their best to be their best.

It’s just that some were married and some were not. And for Cherry Crayton and many other singles like her, that is okay. Because marriage isn’t the end goal. Community is.

What Is Singles Ministry?

Singles ministry is providing an opportunity for singles to mingle, either on projects or activities, for the purpose of making true and purposeful connections. No man or woman should be an island unto themselves, and singles ministry ensures that they are not.

It is not, as Cherry Crayton unfortunately discovered, a “meat market” intended to help singles find a mate. Rather, it is building community for the sake of uplifting one another towards a better, more perfect relationship with Christ, for the purpose of edifying each other.

To minister to singles, you yourself do not have to be single. What you do need, however, is a passion for community, for connecting people with the message of Christ, and a heart for those in need. You must care about people.

Outside of having a strong and sincere relationship with Christ, there are no degree requirements to be involved in singles ministry, although actively pursuing or obtaining at least a bachelor’s degree in ministry, biblical studies or other Christian focus is often preferred.

What is required, however, is that you be a man or woman of immense character, who is trustworthy, and who is able to submit yourself to leadership and Christian ideologies.

To be involved in singles ministry often means you will be responsible for guiding, counseling, and ministering to men and women who are often younger than you, placing you in a position of immense influence. Having a strong relationship with the Lord, being a student of the Word, and having your own accountability partner or group, therefore, is essential as it grounds you in biblical truths, teachings, and standards of living and interaction.

Other qualifications can include:

At the heart of any ministry is the desire and ability to share the love of Christ in a personal and purposeful way. Singles ministry is no different. No matter if you are working with young adults struggling through high school life, meeting with college students who are preparing for life after school, or counseling men and women who are, by many societal standards, established and fully contributing to society, the key responsibility of singles ministry is to guide people into a close and meaningful relationship with Christ. All other responsibilities are secondary as they are simply tools that help get to the greater end.

There are other responsibilities, however, that are still vitally important and should not be taken lightly. Responsibilities that include but are not limited to: 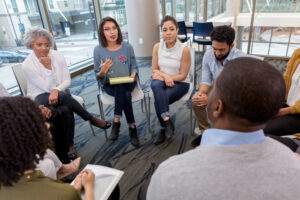 There are no specific guidelines or rules on how to become involved in singles ministry, largely because it is relationship-based and beholden to nothing except a desire to serve and support others. Anyone can do it, whenever and wherever they are.

There are, however, more reliable and appropriate ways to get involved that not only provide you a foundation of reliability but ensure a strong safety net for both you and those with whom you will be ministering to.

The easiest way to get involved is to join a pre-established singles ministry group at your local church. If there is none, start one by asking your church’s leadership team for guidance, oversight, and opportunities to start one. Opportunities such as:

Some Tips for Running an Effective Singles Ministry

Ensure there is a place for everyone. With more and more people choosing a single life, divorce numbers continually on the rise, and school-aged kids needing more and more support, providing age groups for singles can be beneficial as it allows people to socialize with peers similar to themselves, making everyone feel like they have a place.
Use Inclusive Language. Although at the heart of singles ministry is the desire to help people grow in their relationship with Christ and gain community with each other, that does not mean being a believer or finding a future spouse is a required end goal for all who attend. Be careful, then, that the language you use is inclusive, allowing those who are “seeking answers” or simply wanting to gain meaningful relationships without the pressure of marriage have a space to feel welcome and safe. Allow them space and opportunities to build relationships in whatever capacity they see fit.

Protect all those involved. From the leaders to those attending, being placed in uncomfortable or awkward situations that can not only cause serious and destructive harm, it can also ruin a ministry, church, and reputations. No matter the age group of singles you are hoping to reach, quickly and clearly create boundaries and procedures of protection that ensure the safety of all involved.

Why You Should Get Involved in Singles Ministry

“Whether we’re married, wanting to be married, or content being single,” Cherry Crayton writes, “our most important relationship is God, our greatest purpose is to live a life that glorifies God, and our highest calling is to love others as God loves us.”

We, as the body of Christ, should not be asking, “When will you get married?” Miss Crayton argues, but “How is it with your soul?” And we can best ask that when we have built relationships, when we have pursued our brothers and sisters, and when we have intentionally provided an opportunity for one another to build sincere connections.

If you have a passion for building community, for making connections, and helping people be seen and heard and known – if you feel called to help grow and inspire others towards Christ, getting involved in singles ministry may just be the place for you.