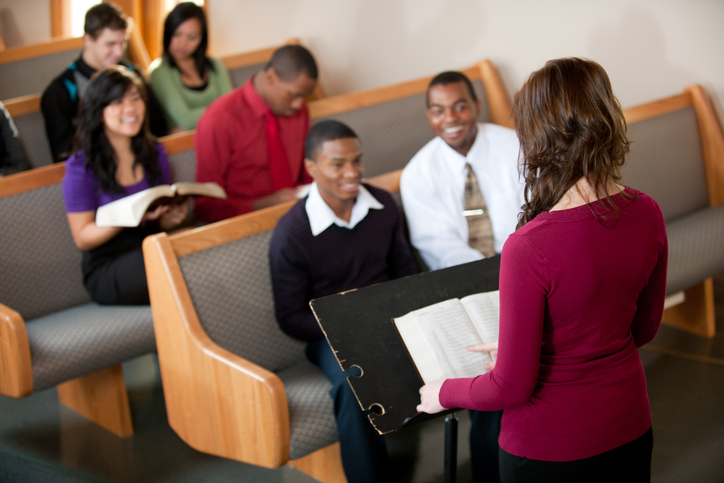 What is a church deacon? A church deacon is someone who holds an office of service within the church. While the role is first outlined in the Bible, today different Christian denominations have a wide range of definitions for the role of deacon. These range from ordained member of the clergy to volunteer positions filled from within the congregation. All are devoted to assisting pastors and bishops in duties ranging from liturgical to charitable.

Deacons in the early church were members of a congregation who mostly ministered to the practical and physical needs of church members. While the duties of a deacon have changed quite a lot over the years, most Christian denominations still appoint deacons.

A deacon is always a position of some importance in the church. How important, what qualifications are needed, and what tasks the role fulfills can vary a lot between different Christian denominations, however.

The word deacon comes from the Greek diákonos, meaning servant, minister, or messenger.

Deacons comprise the diaconate, generally an office of service in the church. In some denominations this is a paid position, while others treat it as a volunteer office. As with priests, some denominations also restrict deacon positions to only men. There is strong historical evidence that women served as deacons in the early church, however, and continue to do so in other denominations today.

The primary role of all deacons is one of service. They are charged with showing mercy and helping the poor and infirm. Basically, a deacon exists to assist pastors and bishops in taking care of congregations and the many details of conducting worship and charitable works through the church. 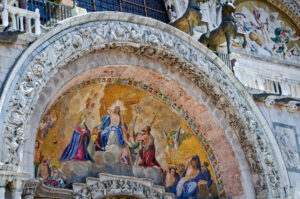 Deacons are thought to have made their first appearance in Acts 6. After Christ’s ascension, the remaining Apostles were busy teaching and evangelizing in accordance with His instructions. But fulfilling the daily needs and care for the existing Christian flock was being neglected.

The Apostles called for the disciples to choose from amongst themselves “seven men of honest report and full of the Holy Ghost and wisdom” to take over responsibility for fulfilling the day-to-day needs of widows and other dependents. Those seven men were the first deacons of the church:

Stephen in particular is said to have performed great wonders and miracles among the people, giving modern deacons a high standard to meet in their own performance. Unfortunately, Stephen was also later accused of blasphemy and stoned to death, becoming Saint Stephen, Christianity’s first martyr… not in the job description, fortunately, for today’s diaconate.

These are outlined in 1 Timothy alongside requirements for the office of elders or bishops, which suggests the strong connections between the roles. The expectations for the service of deacons helps define them: they are not expected to have quite the same leadership or teaching role as pastors.

But the Lord still considers that deacons do a great service for the church.

Those who have served well gain an excellent standing and great assurance in their faith in Christ Jesus.

How Do You Become a Deacon?

Today’s Christian churches may have different standards for creating or appointing deacons.

In general, you can think of the deacons of today as falling into one of several different kinds of categories. While each different denomination will have specific differences and details that vary, they tend to define deacons generally in one of four ways:

Deacon as clergy – In some denominations, deacons are one of the major orders of the ministry. They directly assist priests in both pastoral and administrative duties. They may report directly to higher authorities such as bishops, however. Deacons in these denominations also sometimes have honored roles in certain liturgical services.

Deacon as elder – These deacons are essentially equivalent to elders, serving in senior roles directly handling church ministries. In line with the original deacons, these roles are typically oriented toward service rather than worship. Deacons in these roles may serve in education, communications, justice, or advocacy. They are ordained and appointed to their roles by bishops or other church authorities.

Deacon as congregant – In still other denominations, deacons are elected to their offices by the congregation. They may serve in specialized ministries but don’t need to be ordained. Their services in these denominations are often unpaid. They may, however, still have significant leadership roles in their church, making major decisions and helping to guide church programs and financial decisions.

Deacon as assistant – Finally, some denominations place deacons in a role as assistants to the priesthood, selected from among the congregation. These are volunteer positions, often temporary in nature. The deacon may have an interest in pursuing ministry as a profession, but it may also be a brief role. In these denominations, it’s not unusual to have much younger deacons, even in their teens.

Of course, with all the different Christian denominations, you will find some that don’t have a clear fit with any of those categories. But in every church, a deacon has a vital role to play in ministry.

What is a deacon in the Catholic church? 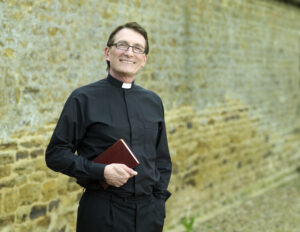 If you are wondering “What is a deacon?”, in Catholic church you will receive a very different answer than in many other denominations.

The Catholic church is among the first category, where the diaconate is a kind of ordained clergy. Catholic deacons, unlike priests in that denomination, may be either single or married—but if married, must have been married before ordination. Other qualifications include:

At one point, the Catholic diaconate was a steppingstone to ordination into the presbyterate, or priesthood. But the Second Vatican Council authorized a permanent role in ministry for Catholic deacons in the mid-1960s, a role in which they have served with distinction ever since.

What Is a Deacon of a Church Assigned to Do Today?

They also have widely different ranges of responsibilities. Some of those are closely related to the duties of the first deacons, while others have expanded roles.

Deacons are clearly a support role in almost every denomination. That doesn’t make them any less important than other members of the ministry. It does mean that their focus tends to be on the practical matters of service, however.

Deacons often serve in visitation ministries. This is a role that is well-suited to their status as helpers and members of the congregation and community.

In many churches, deacons are also authorized to perform or assist in some liturgical services. They may perform baptisms or weddings in most denominations. They often take on roles preaching or leading worship services, although that is rarely their main role.

Becoming a deacon always involves a lot of work. Deacons don’t get the attention or recognition of priests, but that is not why they take those positions in the first place. Instead, they are good-hearted Christians who recognize their role in service for the greater good.