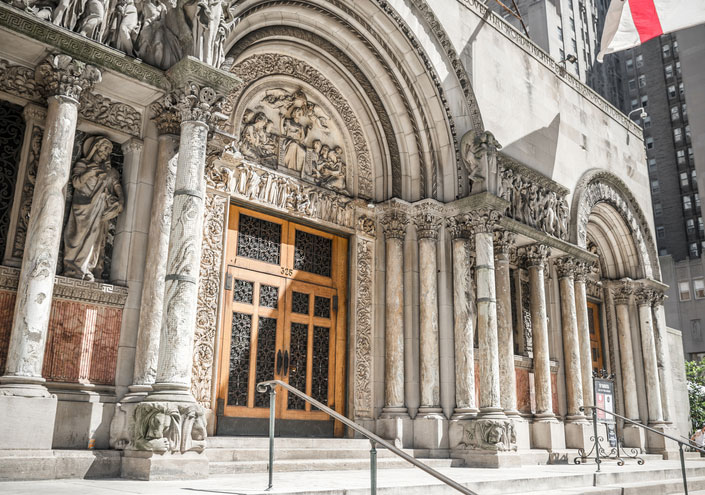 The Episcopal Church is a U.S.-based member province of the worldwide Anglican Communion, a global association of 30 autonomous Anglican churches. All members of the Anglican Communion are bound by similar liturgies that are based on the Book of Common Prayer.

The Anglican Communion is massive, encompassing more than 70 million members (called Episcopalians) in 164 countries. It’s the third largest body of Christians in the world, behind only the Roman Catholic and Eastern Orthodox traditions.

The Episcopal Church itself has between two and three million members and encompasses 100 dioceses in the U.S., plus another 11 dioceses in other countries and U.S. territories. In Europe, the two dioceses are part of the Convocation of Episcopal Churches in Europe.

What Does the Episcopal Church Believe? 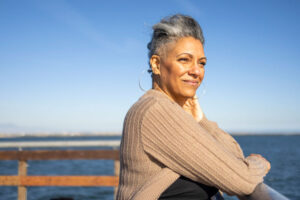 The Episcopal Church is often considered a hybrid of the Catholic and Protestant churches. That’s because like all Anglican churches, the Episcopal Church is based on the Protestant tradition, yet it shares similarities to the Roman Catholic church, largely in the way they worship. The biggest difference, of course, between the two is recognition of the Pope as the sole authority for Roman Catholics versus Scripture as the sole authority among the Protestants (often referred to as sola Scriptura). Protestant tradition tells us that the Scripture is the ultimate determinator for doctrine, practice, faith, worship, and ministry.

The Episcopal Church identifies the Scriptures as the Word of God and the Nicene Creed and Apostles’ Creed as the church’s basic statements of their belief about God.

The Episcopal Church recognizes the Holy Eucharist as the central act of worship, commemorating the Life, Death, and Resurrection of Jesus Christ. It also celebrates the sacrament of baptism by which people become a part of the Body of Christ.

The Episcopal Church affirms the dignity and equality of all human beings. It supports women and members of the LGBTQ community for ordination.

The Book of Common Prayer

The Book of Common Prayer contains the order of Bible readings, the order of services, the calendar of the Church year, prayers, and more.

The term “common prayer” refers to a commonality that all Anglicans – including Episcopalians – pray it together.

Episcopalians value Scripture, Tradition and Reason equally. They often use the metaphor of a three-legged stool, with (1) Scripture, (2) Tradition, and (3) Reason comprising the three legs.

Madeleine Albright: A Portrait of a Devoted Episcopalian 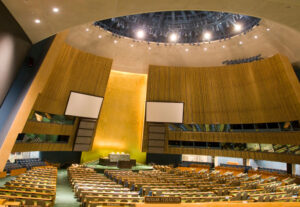 Albright was born into a Jewish family in Czechoslovakia in 1937. They fled to England during WWII and converted to Catholicism (in an attempt to hide their Jewish heritage) before moving again to the U.S. Albright joined the Episcopal Church upon her marriage to Joseph Medill Patterson Albright in 1959.

She went on to write about her faith in her book, The Mighty and the Almighty: Reflections on America, God, and World Affairs, which explored how religion affects politics and shapes the world.

Just some of her accolades include serving as a White House counselor to President Carter, as a policy advisor to three presidential candidates between 1984 and 1992, and as a foreign policy advisor to Geraldine Ferraro. She served as both a representative to the United Nations and then eventually as Secretary of State under President Clinton. Her position as Secretary of State made her the highest-ranking woman in the history of American government at that time.

The Episcopal Church’s Presiding Bishop Michael Curry wrote the following upon hearing the passing of Albright: “We mourn the loss of Madeleine Albright, committed Episcopalian and trailblazing ambassador. I am particularly thankful for her guiding belief that religious leaders have an essential role to play in foreign policy, and for her Anglican sensibility in navigating difference and diversity…”

Albright wasn’t the only influential political figure to hold these beliefs. Just some of the U.S. Presidents to identify as Episcopalian include:

How is the Episcopal Church Organized?

The Episcopal Church’s 100 dioceses are organized into nine provinces:

Many of the 100 U.S. dioceses are based on regions within each state. For example, you’ll find Episcopal churches in Florida separated into a few different dioceses within Province IV, depending on their location:

Similarly, large cities that have a sizable Episcopal Church presence usually have their own diocese. For example:

True to its name, “episcopal” means that dioceses are led, or governed, by bishops. One bishop presides over a diocese, although larger dioceses often also have several assistant bishops.

The lowest unit of the Episcopal Church is the parish, which is home to one or more priests who oversee ministry and worship. All parishes are part of one of the 100 dioceses, each of which are overseen by a diocesan bishop who ordains a parish’s priests and deacons and is the authority over his or her particular diocese.

Each diocese elects four clergy and four lay persons to represent it in the House of Delegates.

The House of Bishops, along with the House of Delegates, meets every three years in a General Convention to pass new legislation for the Church and gather to worship.

The Convention is a lively affair, with more than 800 members through the House of Deputies and about 300 active and retired bishops meeting there. This gathering has the power to amend the Constitution and Canons of the Episcopal Church; amend the Book of Common Prayer; elect officers; and more.

The History of the Episcopalian Church

It all began with King Henry VIII’s desire to produce an heir.

The King’s first wife, Catherine, failed to produce a son and heir to the throne (just one of their seven children, a daughter, Mary, survived past infancy). Infatuated with Anne Boleyn, one of Catherine’s ladies-in-waiting, and convinced she could give him the son he wanted, the King asked Pope Clement VII for an annulment from Catherine, which was promptly denied. Upon discovering that Anne was indeed pregnant, the King arranged to secretly marry Anne. Once the Pope caught wind of this secret marriage, he excommunicated the King from the Catholic Church. In 1534, however, Henry passed the Act of Supremacy, making him the Supreme Head of the Church of England and essentially stripping the religious authority from the Pope in England. The King dissolved the nation’s monasteries and redistributed the property and wealth.

This major move allowed him to divorce Catherine and marry Anne (Her pregnancy produced a daughter, and the King went on to marry four more times in his quest to produce his heir.). It was also, of course, the catalyst that led to the break from the Catholic Church and eventually the Protestant Reformation and the establishment of an independent Protestant church in England – also referred to as the Anglican Church.

The Anglican Church accompanied the expansion of the British Empire into America. However, after the American Revolution, the Church of England congregations in the American colonies, seeking further separation from the King of England and freedom from English bishops, reorganized themselves and adopted the name “Episcopal” to emphasize bishop-led dioceses where bishops are elected instead of being appointed by the monarch.

In 1789, the new Episcopal Church meet in Philadelphia to establish a constitution and canon law and unify all Episcopalians in the U.S. The Book of Common Prayer was revised (largely taking out any language regarding the English monarch). The new constitution provided for the structure that is used by the Episcopalian Church today.