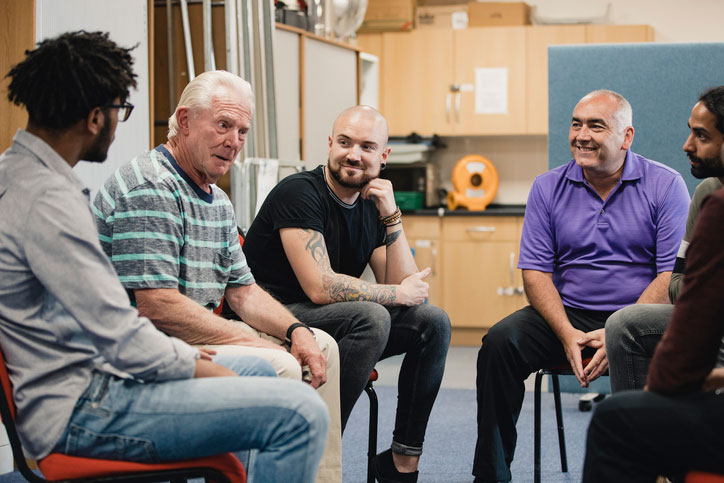 What Is Men’s Ministry? Men’s ministry is all about spreading and celebrating the word of God among brothers. It encourages men to be their best, promoting right action, responsibility and the fulfillment of duty in the service of the highest Christian ideals. Men’s ministry also provides fraternal support to help men rise to the unique challenges that fathers, husbands and community members face in the modern world.

Many of the core characteristics and tendencies that have traditionally been attributed to men have certainly contributed to shaping the world and stoking progress. But those very same attributes can also be destructive if they are misguided, directionless, or otherwise not strongly grounded in faith in Jesus Christ.

Men’s ministry is an exciting field of ministry where the true meaning of brotherhood comes into focus. Men can accomplish anything and overcome any obstacle with the power of the Holy Spirit. Coming to this understanding in a group of fellow Christians can be a powerful and life-affirming realization, encouraging men be rightly motivated and to take up the mantle in service of family and community.

There’s no shortage of challenges out there today for fathers, husbands and brothers to contend with. Even under the best circumstances, fatherhood and marriage alone can be a fulltime job. And when you consider the growing pervasiveness of mental health issues, substance abuse problems and unemployment among men, you can’t help but appreciate the need for strong Christian fraternal support systems.

Knowing that other men face similar challenges is reassuring, and is something that can inspire strength. Men’s ministry helps encourage the sense that no one is ever walking alone; God is always there. And it’s even more reassuring to know that your brothers have your back too. When men find the Lord through fraternity their strength knows no limits. Witnessing this is inspiring, and one of the best parts about pursuing a career in men’s ministry.

What Do Christian Leaders in Men’s Ministry Do?

So, what exactly do you do as a pastor in men’s ministry?

Men’s ministry can take place in the wider community as part of evangelical outreach programs. You can minister to men at soup kitchens, drug rehabilitation centers, as part of a veteran’s program, and even abroad as an international missionary in foreign lands.

Men’s ministry is also very often an important part of the internal church community, bringing the men in the congregation together and leading them in discussions and support groups.

Wherever you engage in men’s ministry you’ll find some common themes, all of which involve Christ:

While men’s ministry can cover a lot of topics and take place in different forums, there are some essential skills that will serve you well as you answer God’s call to work in this field.

A strong understanding of Christianity is at the heart of men’s ministry. As someone who works in group settings with men in a supportive role, everything from communication and interpersonal skills to some basic knowledge of psychology are invaluable. 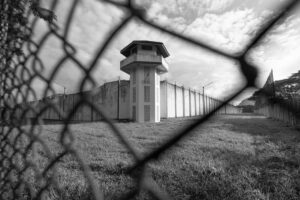 With the federal Bureau of Prisons reporting that men comprise 93.5% of the incarcerated population in the United States, men’s ministry has an outsized role to play in the criminal justice system. All too often, these are men who have often been abandoned first by their fathers, and then by their fellow brothers in society at large.

Joining a prison gang is one path these men can take to give them a sense of belonging and protection, but men’s ministry can offer an alternative that brings hope and salvation. It tells them they’ve never been alone, that God has always been there, and that they need only accept him into their hearts.

Prison represents the rock-bottom, but with ministry and the power of the Lord it can also serve as a new beginning for a life that’s born-again and devoted to the service of Christ.

“Where mercy is shown, mercy is given.”

Duane Chapman, known popularly as Dog the Bounty Hunter, would be the first to admit he’s not a model Christian. He’s not your typical model of a men’s minister either. But he tries.

You might have seen him on TV chasing suspects who’ve skipped bail with his son and wife at his side. His bizarre hair, tattoos, and gruff face are hard to miss and stand as a testament to a rough life that once saw Chapman as a member of the Devil’s Disciples outlaw motorcycle club, and himself charged and convicted of homicide.

But he turned his life around, and isn’t shy about giving credit to Jesus. He also lives Christ’s word through the improvised street ministry he offers to suspects once he’s cuffed them and placed them in the back of his SUV.

Chapman shows forgiveness and invokes empathy, explaining he’s been on the wrong side of the law too, and provides a strong arm to lean on. He often leads suspects in prayer in an effort to help them find God’s mercy and become grounded in a force of goodness.

“I say to all fathers – be as good as you can be, because your sons and daughters will follow in your footsteps.”

His parting words, “Go with Christ,” are iconic as he turns over his bounties to law enforcement.

How to Become a Pastor in Men’s Ministry

Devoting your life and career to Christian leadership starts with a calling. No other profession will do because no other profession answers that call. Sometimes that calling comes at a time of reflection in the midst of some personal strife, or when celebrating one of life’s high points like the birth a child where His grace seems to be in abundance. When it comes, you’ll know it, and the experiences you’ve had leading up to it – good and bad – will be part of what prepares you to approach the work ahead with purpose and conviction.

If you’re serious about a life in the ministry then you’ll need to start with a Christian bachelor’s degree. Even if you attend all your classes online, four years of schooling at a Christian college will help you develop the scriptural knowledge and professionalism you need to take on the responsibility that comes with a role in Christian leadership. With that bachelor’s degree, you will be able to support the ministry you might already be a member of, taking on responsibilities that could include leading men’s groups.

This is exactly the kind of work that rising members of Christian leadership teams take on, building their experience and reputation in the church right along with their careers.

A lifelong career commitment to ministry will eventually lead you to a graduate degree, often a Master of Divinity (MDiv) or similar master’s related to Christian ministry and leadership.

Christian graduate degrees in general, and a Master of Divinity in particular, are standard for senior pastors and other church leaders. The advanced scriptural knowledge and practical Christian counseling and mentorship skills you’ll get from a master’s degree, in combination with your own faith and life experiences, provide a powerful set of tools for bringing people to the light of Jesus and fostering spiritual growth.