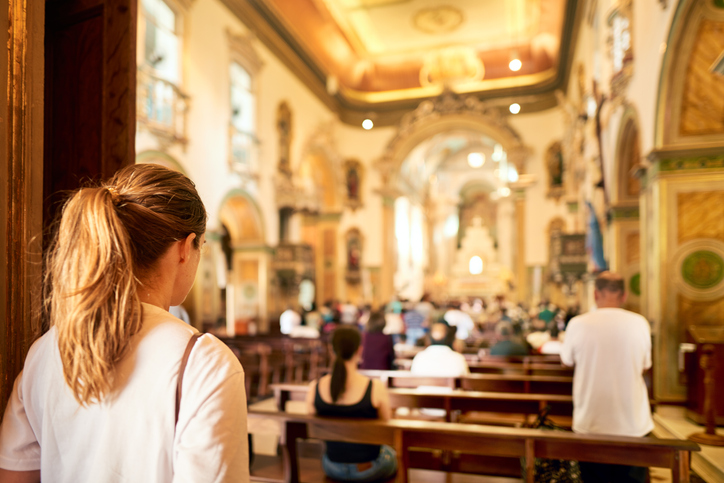 A parish church is simply a local church community; a community of faith that exists to meet the spiritual and temporal needs of its members. While sometimes the term “parish church” is used, it’s often just the term “parish” used to describe a group of people who attend a particular church. For example, “The church parish frequently gathers for dinner following Sunday service.” Or “The parish of the Baptist church has grown in recent years.”

A parish church is a common term used in both the Catholic and Protestant (largely Lutheran, Methodist, Congregationalist, and Presbyterian) churches.

While, many times, parishes are defined by boundaries or territories, they don’t always need to be. They can be large or small; urban or rural. Many parishes can be found within the same territory. To be a true parish, the pastor must exercise the ministry in his own name.

Parishes operate under a parish governance, which is essentially a blueprint of the parish— its structure, or how it operates. Differences in size, location, and congregation dictate how a parish is organized. The parish may be organized into different committees and even subcommittees to carry out its mission and implement its goals.

Why Does Louisiana Have Parishes and not Counties? 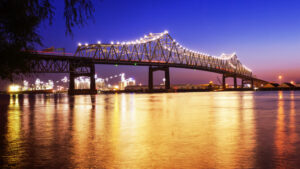 Louisiana is the only state in the U.S. to have parishes instead of counties – 64 parishes, to be exact. Ever wonder why?

Before the Louisiana Purchase, Louisiana was under both France and Spain’s rule and was therefore Roman Catholic by extension. In fact, it got its name, La Louisiane, for King Louis XIV.

During this time, it was practical to define territories within the state based on church parishes. In 1807, the territorial legislature adopted this ecclesiastical term, and they haven’t deviated from it since. In addition to the parish term, you’ll still find parishes like St. John the Baptist, St. James, and St. Mary, all of which reflect the state’s religious origins.

What’s the Difference Between a Church and a Parish?

While it may seem, at first, that a church and a parish are one in the same, there’s actually a clear distinction between the two. The term “church” is a physical place of worship for Christians – a structure where sacred activities are performed.

The term “parish,” on the other hand, refers more to a Christian population within a church; it does not define a building or a place of worship. A parish can be best described as an organization within a Christian community, whereas a church is the structure in which they gather and worship. Members who attend the same church within a particular geographical area are parishioners – congregants of a parish.

The History of the Parish Church

The term “parish” originates from the New Testament’s Greek word paroikia, which means “sojourner,” or “traveler.” While its origins are unclear, it is presumed that it refers to Christians as spiritual sojourners who are living in the Kingdom of God on earth while at the same time looking forward to the heavenly Kingdom.

In the earliest days of the church, parishes were defined as an entire population of Christians within a town and under one bishop. When Christianity spread to Europe in the fourth century, parishes began to take shape and become organized into units within a village. Each parish had its own priest and was organized under a bishop who had jurisdiction over the nearby city.

The parish structure was cemented in the 16th century with the Council of Trent – arguably one of the most significant happenings in Christian history and certainly one of the most important movements in the Catholic Counter-Reformation (the Catholic Church’s response to the growing Protestant Reformation). With a renewed commitment to reinforcing Catholic beliefs, bishops at Trent were called upon to more clearly define parishes and the territories they represented.

In the Catholic Church, a Parish is Clearly Defined as a Subdivision of a Larger Diocese 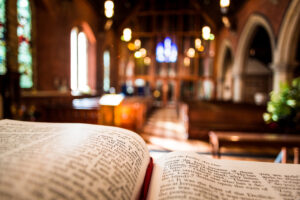 In the Catholic Church, the term “parish church” has a more defined, formal meaning.

A Catholic Church parish describes a local subdivision of a diocese (a district within the Church that’s overseen by a bishop) that’s under the authority, or jurisdiction, of one priest (called the parish priest). A parish serves as an integral part of the diocese. It never exists on its own, but instead is part of a larger community of faith.

In the Catholic Church, a parish has defined boundaries that have been determined by a local bishop and has the appropriate facilities and personnel to carry out its mission. The title of “pastor” is often used to describe an ordained priest who has been appointed by a local bishop to care for the sacramental ministry and pastoral care of a parish. Under canon law, the local pastor oversees all needs related to the parish, although the mission of the parish always reflects the larger mission of the local church structure.

Canon law (515.1) defines a parish as a “community of the Christian faithful” that’s been “entrusted to a pastor under the authority of the diocesan bishop.” Canon law also states that the geographical territories of parishes are decided by diocesan bishops. They have the jurisdiction to establish new parishes, close existing ones, or even merge two or more parishes.