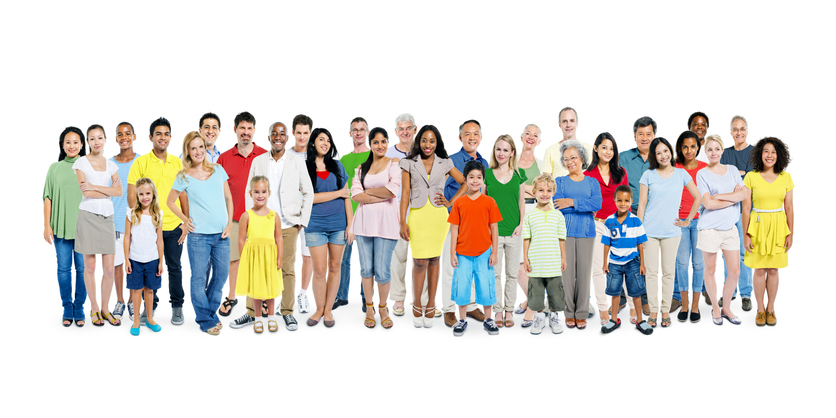 Non-denominational churches are not formally aligned with, or part of, any specific Christian denomination.

While the notion of non-denominational churches date back to the 1800s and the Restoration Movement, which supported “no creed but Christ,” the widely used “non-denominational” term sprang up in the U.S. in the latter part of the twentieth century. Its emergence attracted followers who were looking to avoid the trappings of rigid dogmas of mainline denominations.

But while the “non-denominational” title has gained steam since then, a clear definition never followed suit. As a result, there are no hard and fast rules for what a non-denominational church is or how it operates.

Why Non-Denominational Churches are Gaining in Popularity? 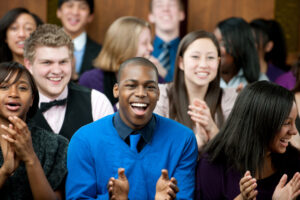 Non-denominational churches may gravitate to the title of “non-denominational” for a few reasons. For example, a non-denominational church may clearly follow a specific denomination in its beliefs and rituals yet set itself apart from the denomination by making its own rules and not closely following the structure of the larger organization. Operating in this independent capacity allows them to unburden themselves from the doctrinal (and often political) affiliations of a specific denomination and establish a more informal church structure. Without formal oversight from a denomination’s leadership, the church is free to adapt and change according to the needs and desires of their community and congregation and discard practices that they deem outdated or obsolete.

Some non-denominational churches mirror a mainline denomination but disagree with one or more key issues that prevent them from reaching full fellowship with the denomination. For others, using the title of “non-denominational” simply allows them to reach more people and attract followers who come with little to no formal religious backgrounds or with negative views of organized religion.

Non-denominational churches are often an attractive alternative for members of mainline churches who find themselves at odds with the church’s stance on specific issues and with younger generations that struggle with the formality of mainline denominations and their rigid doctrine and customs.

The doctrines and practices of a non-denominational church generally mirror the background and education of the pastor. 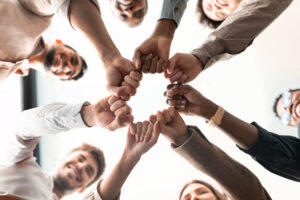 In this type of church structure, churches take a “pick and choose” approach, pulling beliefs, doctrines, and/or practices from more than one denomination and combining them to create their own unique belief system. The goal of an interdenominational church is to bring together what they perceive as specific strengths of multiple denominations to produce a denomination that best aligns with their beliefs.

The History of Non-Denominational Churches

The notion of a non-denominational church structure can be traced all the way back to the early 19th century and what is now known as the Stone-Campbell-Scott Movement, which was part of the Restoration Movement—the return to, or reestablishment of, the New Testament church.

Barton Warren Stone, a Presbyterian minister in Kentucky, along with others, began an appeal to return to a simple New Testament Christianity that included referring to followers of Christ as simply “Christians.” Stone felt that Protestant denominations were a departure from the apostolic church and were all based on man-made ecclesiastical traditions. He struggled with what he saw as the “Calvinist” doctrines of election, reprobation, and predestination, along with the doctrine of the trinity.

Meanwhile, in Pennsylvania, Thomas Campbell and Alexander Campbell, a father-son duo, were also calling for an end to sectarian names. They advocated for the notion of “one Church of Christ” upon earth and called for followers of Christ to be referred to as “Disciples.” Father-son Campbell sought to unify the church by eliminating man-made creeds and returning to Scripture alone. A common name for members of the churches established under the Campbells was “Campbellites.” The Campbell creed was: “Speak where the Bible speaks and be silent where the Bible is silent.”

During this time, Walter Scott arrived in New York from Scotland with inspiration from George Forrester, who was part of the Scottish independent movement to restore the New Testament Church. Scott attended the Campbell churches and soon became their evangelist. Over the next three years, Scott attracted more than 3,000 converts into the movement, which eventually became known as the Stone-Campbell-Scott Movement.

A difference of viewpoints between the followers resulted in fractures within the Movement and, by 1906, Stone-Campbell-Scott churches in North America were organized under three, main groups that still use the terms “Christian” and “Disciples” as advocated by Stone and Campbell:

These North American church groups are part of the World Convention, which includes Stone-Campbell churches in more than 100 countries. In the U.S., the Christian Church (Disciples of Christ) is largely limited to 69 congregations in Georgia.

Non-denominational churches are alive and well throughout the U.S. Their size, shape, and reach can vary from a small, family-led, community-based church to a megachurch like Hillsong Church, which has a global presence and millions of followers. Many non-denominational churches refer to their style of worship as “modern” or “contemporary” to distance themselves from the formal structure of most mainline denominations.

Not surprising, non-denominational churches often buck tradition when it comes to worshipping. 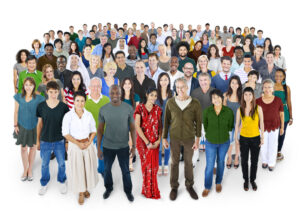 More relaxed services, modern forms of music, more approachable leadership, and relatable programs that address current topics are just some of the ways non-denominational churches break away from tradition and separate themselves from mainline churches.

When it comes to Christian doctrine, you’ll find that most non-denominational churches share common sources of theology with later, non-episcopal Protestant churches.

According to the Pew Research Center, about 40% of Americans identify as Protestant, which includes non-denominational Christians, as well as Baptists, Methodists, Lutherans, Presbyterians, and similar denominations. Of those, 60% identify as evangelical or “born again.” 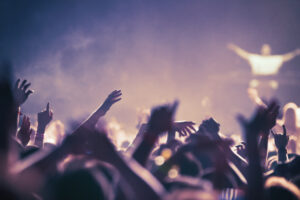 Today, some of the largest churches in the nation (by average weekly attendance) are non-denominational, reflecting the increasing number of American adults who don’t identify with a specific religious denomination: