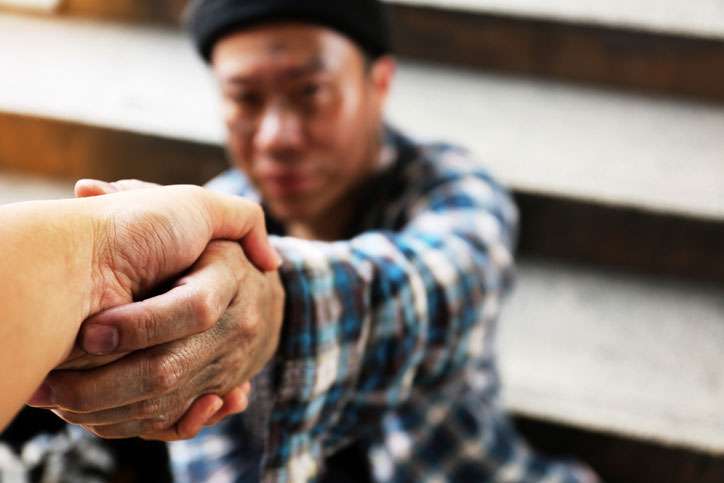 Walk down the streets of any major American city and you’ll find makeshift tent cities in parks and green spaces, drug use right out in the open on the sidewalks of retail districts in broad daylight, and people huddled in doorways the moment businesses close for the night.

There is a homelessness crisis in America, and it’s spilled out from under the bridges and from behind parking garages to become so painfully apparent that we simply cannot ignore it any longer.

The US Interagency Council on Homeless reports that on any given night in 2020 there were over half a million – roughly 580,000 – people sleeping in doorways, tent cities, under bridges and out on the sidewalks of America’s city streets.

Homelessness is often part of a wicked package, complete with a background that may include being a victim of spousal or child abuse, along with issues of drug addiction, mental illness, and health problems; each reinforcing the other in a vicious cycle that pulls people down further into despair.

But Jesus is the antidote that can help heal and bring hope. And he often comes to the forgotten members of society through the work of homeless outreach ministries. In lives filled with despair, the word of the Lord can be an extremely powerful force that leads to salvation and a better life in this world. People need God’s love and mercy the most when they’re at their lowest point in life.

Experiencing Christ’s grace is perhaps the last hope for salvation in the life of someone who’s had everyone else cast them away. Severe times of desperation are when the ministry of Jesus is most important; homeless ministry can literally mean the difference between life and death.

He raises the poor from the dust and lifts the needy from the ash heap;

What Is Homeless Outreach Ministry?

Homeless ministry is bringing the power, mercy, and joy of Jesus Christ to the un-housed; to the people who need to hear God’s good news most urgently.

As a homeless outreach pastor, you’re called to treat the people you minister with respect and dignity. You can’t flinch at a bad smell, recoil at an ugly wound, judge someone with a criminal record, or scoff at someone who’s mental illness rubs you the wrong way.

Homeless ministry can take place anywhere the unhoused and indigent are found, both domestically and abroad through international outreach and missions- in a municipal or church-sponsored shelter, at a treatment center…  and out on our city streets.

What Do Pastors Who Specialize in Homeless Outreach Ministry Do?

The “ministry” part of homeless ministry means for starters, you need to be very familiar with the Bible, Jesus, and His teachings – academically and in terms of life experience.

As part of the job description, ministry means sharing the word of God with the people you work with. Praying with them, sharing parables from the Bible, giving them Christian literature, and offering them Christian-based homeless resources are all included.

Working with homeless people also means you need to be skilled in addressing issues like the following:

Many in this field work at a facility that provides shelter for homeless people. The range of duties at these facilities can include: 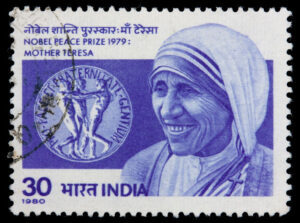 There’s no other homeless minister in the world who’s more iconic than the now-sainted Mother Teresa. She felt called by Jesus to dedicate her life to helping those in need. Specifically, those who she described as the most unwanted by society, such as the homeless, sick, and disabled.

Living in India for most of her life she had plenty of opportunity for her ministry. She rose to prominence through her work in present-day Kolkata doing things like opening a shelter for homeless children and orphans.

She helped people on an individual level as an equal who showed respect. This model spread, and what began with her actions as a single person spread to an entire community of the faithful who dedicated their lives to serving Christ through actions like homeless ministry.

In 1979 she was awarded the Nobel Peace Prize. Over the course of several decades her ministry grew from what was a 13-member community to one that numbered more than 4,000 by the time of her passing in 1997. In 2016 she was declared a saint.

“Small things done with great love will change the world.”

You’ll find your natural fit among the range of issues and duties listed above, be it helping people work through a substance abuse issue or coordinating the logistics of hygiene shipments.

Fortunately, with all the educational options available today you can find great undergraduate and graduate programs that will prepare you for a versatile career in homeless ministry.

Undergraduate programs provide strong foundational skills that you’ll use across the spectrum of homeless ministry duties; things like writing, communication, and psychology.

And moving beyond the basics, you can find bachelor’s programs tailored to ministry and Christianity. These give you the important theological and spiritual foundation you need to carry the Lord’s calling forward and effectively minister.

A bachelor’s degree in fields like the following really serves to get your foot in the door and start ramping up your career:

When you’re ready to take the next step and move into senior-level Christian leadership positions, it’s time to start considering your options for an advanced degree.

Master of Divinity (MDiv) and similar Christian master’s degrees are a standard credential for senior leadership roles. You can find MDiv and similar graduate programs that provide specialized instruction in key subject areas like:

Master of Divinity degrees help the bigger picture come into focus. You can gain an in-depth understanding of what it means to be addicted to drugs, and tie this in with what it means to coordinate effective ministry and spiritual counseling.

There’s nothing more exciting than responding to God’s challenge with the skills and knowledge that will allow you to succeed.