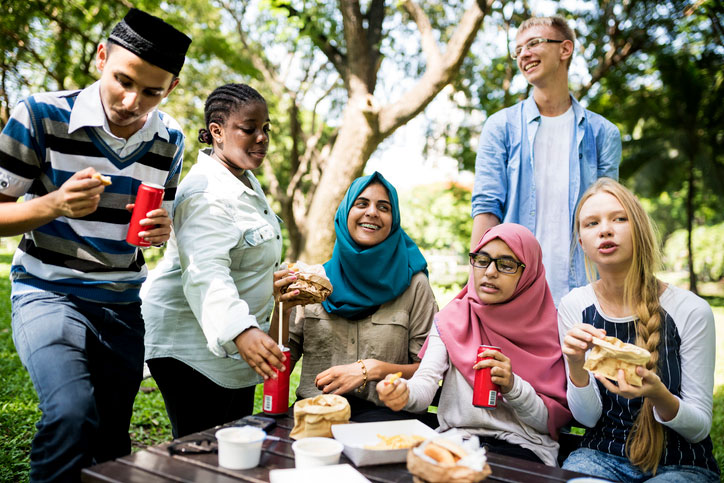 Religion is not simply part of social science; it is the foundation for it because it guides all other answers and impacts all other thinking.

In 1786, Thomas Jefferson authored the Virginia Statute of Religious Freedom Act in hopes of ensuring religious freedom in America. No man shall be forced, he believed, to “suffer on account of his religious opinions or belief; but that all men,” he continued, “shall be free to profess, and by argument to maintain, their opinion in matters of religion, and that the same shall in no wise diminish, enlarge, or effect their civil capacities.”

Jefferson believed every American should have the right to practice any religion – or no religion – wherever and however they pleased, and that they should never be forced to “frequent or support any religious worship, place, or ministry whatsoever.” He believed that there should be a strong separation between the government and the church. The American people agreed, allowing the “wall of separation” between church and state.

That does not mean, however, that we should not teach or learn about religion in our public and private schools.

Thomas Jefferson’s call for separation of church and state, although purposeful and needed, has unintentionally produced a society that is uninformed about one of the most important and foundational influencers in our world: religion. A consequence that has real and potentially devastating consequences.

In his book, Why Religious Education Matters, author and religious scholar Brian Thorn writes, “This knowledge gap has real-world consequences, including a hindered ability to evaluate religious claims from political candidates or religious groups.” We also tend to have a “shallow view of world events” as well as a “weakened capacity to critique the claims of those preaching religious intolerance and hate.”

Religious beliefs heavily influence the views people hold when it comes to politics and social issues. They guide our actions and create our identity, our purpose. Yet, as a whole, there is very little understanding of religion.

But what exactly is religious studies? What does it look like and how does it relate to the social sciences?

Religious Studies are Vital to Understanding People and Politics

“I often say,” Secretary of State John Kerry wrote in America: The National Jesuit Review, “that if I headed back to college today, I would major in comparative religions rather than political science.”

“Because,” he continued, “religious actors and institutions are playing an influential role in every region of the world.”

To understand one’s religion – or lack thereof – is to gain a greater understanding of the individual or the people group with which they belong.

Religious Studies are important because when you understand a person’s religion, you gain access to a deeper understanding of their culture, world view and motivations. And when you understand different cultures and worldviews, you can grow and learn from them as well as influence and persuade those who hold different beliefs by sharing your own rather than by trying to change them.

Can Religion Be Understood Outside of a Social Context? 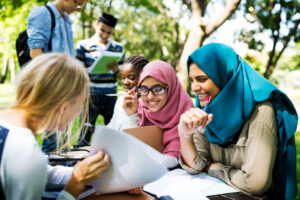 What is Religious Studies? – Religious studies is the study of religions, their beliefs, behaviors, history, and institutions. It is not theology, which focuses more on theory and the study of the nature of God, but an unbiased study of the various viewpoints of major religions and how they impact the decisions and behaviors of those that follow, such as human rights, gender roles, and the purpose of life.

Religious studies is intended to be more scientific, more objective in it’s studies, rather than faith-based. It analyzes religious traditions, from an unbiased, non-theological point of view, with the goal of obtaining a better understanding of both the history and nature of religious communities, for the purpose of gaining an insight of people, people groups that make up this world.

What is Social Science? – Social science, on the other hand, is the study of human society that includes, but is not limited to, religion. Common subjects include anthropology, archaeology, economics, geography, history, law, linguistics, politics, psychology, and sociology.

It is the study of human behavior and organizations, and it attempts to answer the questions, “How do we live? How do we organize? What do we believe?” and “What is the purpose of life?” And for many societies, the answer to those questions is embedded in a broader, more foundational question of, “Who gets to decide?”

More often than not, the answer is rooted in their religion.

Social science, therefore, is the structure of daily life that is very often built upon the foundation of religion.

What Can You Do with a Religious Studies Degree?

Earning a religious studies degree provides you an opportunity to gain a greater and deeper understanding of who people are, what they value, and most importantly, why they value it. And as world cultures continues to expand and integrate with one another, knowledge and understanding about a variety of people groups places you in a unique position to better communicate and connect with those people groups. Something many government and business positions value, as they continue to expand and deal with differing cultures.

This list is by no means exhaustive, but it does provide potential options and ideas for the type of work a Religious Studies Major can provide.

“The academic discipline of religious studies,” William Gruen writes for Inside Higher Ed, “does not train students to be Catholics or Buddhists or Jews any more than political science trains students to be Democrats or Republicans.” It simply allows us to better understand others. And in a world where we are constantly expected to interact with, learn from, and struggle against a variety of different people groups, understanding one’s religion is a huge first step into understanding them, how they live, why they live, and who gets to decide.